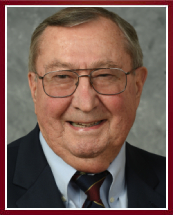 Wayne was raised and continues to reside in Gloucester County. After graduating from Gettysburg College, he was commissioned as a Lieutenant in the United States Army, serving in Korea and Fort Knox in the Military Police Corp. Upon leaving active duty, he attended Wake Forest University School of Law, contributing as the Law Review Research Editor in his final year.

Following admission to practice law before the New Jersey State and Federal Courts (and later the United States Supreme Court), Wayne began the private practice of law with his father George A. Streitz, Esq. in Pitman. Wayne continued in the private practice, having formed a partnership with the late Welford Ware & Gary Thompson, after his father retired. During this time, he has served part time as Public Defender and as Assistant Prosecutor for Gloucester County and Solicitor for many local Land Use Boards and School Boards. Wayne has also served as Municipal Court Judge and taught Criminal Law at the Gloucester County Community College, now a division of Rowan University.

Wayne is a member of the Gloucester County Bar Association who served as an officer and on many committees. Wayne has also been a member of the New Jersey Bar Association. He was recognized by the New Jersey Commission on Professionalism in the Law as Gloucester County Professional Lawyer of the Year in 2000. As part of the first group of Court appointed Mediators, Wayne conducted many successful Court Ordered mediations over the years. With the pending retirement of his partner Gary, Wayne has joined the firm of Helmer, Conley and Kasselman, Pa. He will continue his current concentration in the areas of Wills, Estates, Residential and Commercial Real Estate transactions and Land Use issues.

When not practicing law, Wayne enjoys many leisure activities with his family including visiting many National Parks, cities and places of interest in the United States and a couple of weeks each winter in the Caribbean. He has traveled worldwide with his wife of over 50 years enjoying different cultures and landscapes. On a personal note he was an avid tennis player for over 60 years, now a wounded questionable player after his shoulder gave out. He continues to enjoy carving and painting birds and ducks indigenous to the area.