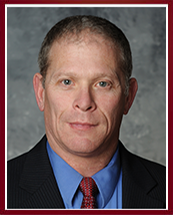 Mr. Kraus spent over 27 years with the Union County Prosecutor’s Office in Elizabeth, New Jersey. During his career, he was a Criminal Justice Specialist and an Assistant Prosecutor in the Appellate Section; an Assistant Prosecutor in the Juvenile/Domestic Violence Unit; and a Senior Trial Attorney in the Adult Trial Division. From 1996 to 2006, Mr. Kraus was assigned to the Narcotic Strike Force where he supervised a staff of detectives in conducting all narcotics investigations. There he focused on prosecuting mid to upper level narcotic distributors and became highly proficient in wiretap investigations. In 2006, Mr. Kraus was appointed the Deputy Director of the Guns, Gangs, Drugs and Violent Crimes Task Force. Additionally, Mr. Kraus was certified as an instructor by the New Jersey Police Training Commission and acted as an instructor at the John A. Stamler Police Academy on numerous occasions during the course of his career.

Mr. Kraus is admitted to practice in both state and federal courts in New Jersey and has practiced law since 1989.