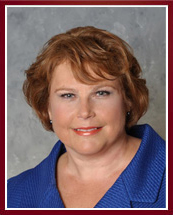 Ms. Quelch was an Assistant Prosecutor for a total of 26 years, all with the Monmouth County Prosecutor’s Office.  Ms. Quelch began and ended her career with the Prosecutor’s Office in the Appellate/Motion Unit, supervising that Unit for more than a year. In the interim years Ms. Quelch served as the Director of the Forfeiture Unit, which required her to familiarize herself with civil law, especially civil procedure. After that, she was appointed to the position of Executive Prosecutor, which involved supervising the Intake and Pre-Trial Intervention Sections. As the Executive Prosecutor, she handled the initial screening decisions as to whether a criminal case should be presented to a Grand Jury, remanded to municipal court or just dismissed. Pre-Trial Intervention is a program that is available to first-time offenders and allows for supervised diversion, resulting in no criminal conviction.

Ms. Quelch also served as a legal advisor to numerous law enforcement agencies within Monmouth County, requiring her to provide needed advice. Originally, Ms. Quelch taught Search and Seizure at the Monmouth County Police Academy, but in 1989 she was selected as the primary instructor for all legal courses at the Police Academy. She served as an instructor her entire career, often appearing as a guest speaker at different conferences. She is a member of the Faculty of the prestigious New Jersey Top Gun school, a multi-agency training initiative sponsored by the Attorney General of New Jersey and the County Prosecutor’s Association of New Jersey. Ms. Quelch instructed hundreds of police officers throughout Monmouth County and surrounding counties in the ins and outs of Criminal Law.

She was chosen as the Custodian of Records for the Monmouth County Prosecutor’s Office when the Open Public Record Act, commonly referred to as OPRA, was enacted. In that role, she was responsible for answering all OPRA requests within the tight time limit set by the statute. She also assisted police departments in determining how to respond to their requests. She handled appeals to the Government Records Council and to the Appellate Division.

During her tenure as an assistant prosecutor, Ms. Quelch represented the State’s position on a variety of appeals in the Appellate Division, the New Jersey Supreme Court, and in federal courts including the District Court for the District of New Jersey and the United States Court of Appeals for the Third Circuit. She wrote and argued different trial motions on behalf of the state, such as suppressions, dismiss indictments, admission of other crimes evidence; she also wrote and argued post-conviction motions. Much of her time in the Appellate/Motion Unit was spent as a supervisor to law clerks, who are recent law school graduates, and newly appointed Assistant Prosecutors. It was her responsibility to teach these new attorneys how to think, write, and act like attorneys. Many attorneys in Monmouth County benefited from her tutelage.

As part of her duties with the Appellate/Motion Unit, she was chosen to act as the municipal court prosecutors’ supervisor. In this capacity she interacted with the municipal prosecutors, providing assistance when requested, from answering questions to sharing research and briefs. This assignment meant that she was familiar with the legal issues prevalent in municipal courts.  Since she joined the firm, Ms. Quelch has continued to appear in municipal courts and both Law and Appellate Division courts, where she has zealously argued on behalf of her clients. She has represented clients before the New Jersey Supreme Court on multiple occasions.