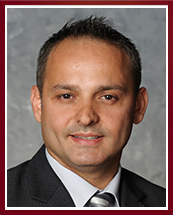 Mr. Kiran earned his undergraduate degree in Administration of Justice from Penn State University.  He received his Juris Doctor degree from Widener University School of Law in Wilmington, Delaware.

Mr. Kiran has focused his practice in immigration law since 2005. Initially practicing in a Philadelphia firm where he became a partner, Mr. Kiran left in 2011 to start his own firm.  He brings a wealth of immigration experience to the HCK immigration department.

Throughout his legal career, Mr. Kiran has placed a special focus on helping clients facing deportation and removal.  Mr. Kiran has traveled across the United States defending persons who the government sought to deport.  Mr. Kiran also handles matters involving family based petitions, fraud and unlawful presence waivers, victim U visas, citizenship and naturalization matters.  In addition to his practice before the USCIS and Immigration Courts, Mr. Kiran has successfully helped many people obtain marriage, fiancée, investor and performer visas through consular processing.  Mr. Kiran frequently advised criminal attorneys as to the immigration law implications of accepting a plea bargain for a particular offense, a role that he will continue with HCK.

Mr. Kiran is admitted to practice in the states of New Jersey, New York Bar and Pennsylvania.  He has practiced law since 2005.