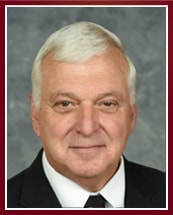 I was born and raised in Egg Harbor City, a small town of 4,500 residents.  My grandfather immigrated from Germany in 1884 settling in Egg Harbor and going to work for Mr. Renault, of Renault Vineyards.  My father met my mother in Paris France during World War II where he was stationed as a Military Policeman and my mother was a school teacher.  They were married in 1948 and returned to Egg Harbor City where they had three boys.

I attended High School at Oakcrest High School, graduating in 1969.  I was married to my first wife in 1970 and shortly thereafter was drafted (It was called the lottery then- Only time I ever won the lottery) and went to Basic Training at Fort Dix New Jersey and Military Police School in Fort Gordon Georgia.  My permanent duty station was Fort Knox Kentucky.  I was discharged from the Army three months early in 1973 due to the fact that I had been accepted by an organized police department, the New Jersey State Police.  I entered the New Jersey State Police Academy in March of 1973 as part of the 88th State Police Class. I graduated in June of 1973 and was stationed in Cape May Court House as a general road duty trooper.  During my time in the State Police I was assigned to the Organized Crime Bureau, Narcotics Bureau (10 years) the Auto Unit and ended my career with the rank of Lieutenant in the Polygraph/VICAP Unit retiring in 2000. Upon retirement, I was offered the job of Director of Public Safety in Egg Harbor City. As Director, I ran the day to day operation of a sixteen-man department. They did not have the position of Chief of Police. I left that position and went into private practice in Egg Harbor City, specializing in criminal and motor vehicle defense work. My first wife passed away in 2006 from cancer and I was blessed to meet my current wife, Helen in 2008.  We were married in 2009.  I now have a step-son who is an Ensign in the United States Navy and a step-daughter who is a paramedic. Through the years, my family has grown and I now have three daughters, a step-son and a step-daughter.

Upon being discharged from the Army, I enrolled in Atlantic Community College obtaining an Associate’s degree and continued at Stockton State College where I obtained my Bachelors in 1996.  I then attended Widener University at night, working as a State Trooper during the day and obtained my Juris Doctorate in 2000, passing the Bar Exam in 2001.  In addition to being retired and being a lawyer, I am an Adjunct Professor at Stockton University teaching a class called “Introduction to Criminal Justice an Overview of Police, Courts and Corrections”.  I have. been teaching at Stockton for the past 18 years.

I enjoy hunting and fishing but my greatest source of enjoyment is my family.  My wife, children (step-children included) and my grand-children.  I am extremely impressed by the commitment to family that I see at HCK. I already know some of my fellow litigators and look forward to meeting all the members of the firm.