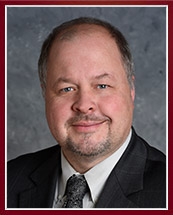 I grew up in Willingboro New Jersey, the youngest of six kids. I have four sisters and a brother. My father was a career member of the United States Army and retired with 27 years of service.

I graduated from John F. Kennedy High School is 1987 and attended Rutgers University in New Brunswick. I lived in New Brunswick for two years before I took two years off from school. In 1991 I married my wife of 25 years and went back to school part-time at Rutgers in Camden. I graduated in 1995 with a BA in Psychology. In 2000, I decided that I wanted to blend my backgrounds in mental health and emergency services in a new way. I started law school at Widener University School of Law and graduated in December of 2004.

During law school, I clerked for John Sitzler of Sitzler and Sitzler in Hainesport, New Jersey. I then worked for his office full time until March of 2008 when I opened my own office.

From 1987 to 1999, I worked in the field of Mental Health. I worked in outpatient programs, partial hospital care programs, inpatient facilities and as an intensive case manager.

I joined the Willingboro Emergency Squad as a junior member in 1984 and became certified as an Emergency Medical Technician. My father was a member at the time and I saw his drive to always give of himself to help others. When I joined the squad, I met my future wife who was also an EMT, albeit a bit older than I was at the time. Her father was a paramedic and president of the squad.  I have been a member of the emergency squad for 33 years now taking the roll of Legal Counsel.

I have always had a passion for emergency services. I worked as a civilian employee of the United States government on Fort Dix as an EMT during Desert Shield and Desert Storm. In 1998 I started working for the University of Medicine and Dentistry as an EMT in Camden New Jersey. I attained the rank of Chief of Special Operations, a position that I held until I left in December of 2015.

My wife and I have one son. His name is Brendan and he is 24 years old. He is also an EMT and a member of the emergency squad, He is the only third generation member, on both sides, that the squad has ever had. He attended Arcadia University and graduated with a degree in Biology and minor in Spanish. He is now attending medical school at St. George’s University in Grenada.

My wife and I are both active members of the Willingboro Rotary Club as was her father before her. I was President of the club in 2014-2015. Rotary is the world’s largest service organization.

I currently am the Chief of Emergency Medical Services for the Township of Mount Laurel. I have been in my position for two years. My department has 30 career staff and over 100 volunteers that answer 6,000 calls for emergency services each year. Mount Laurel is the premiere EMS agency in South Jersey.