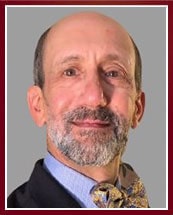 Jeffrey L. Weinstein, Esquire began his career clerking for a Common Pleas judge in Pennsylvania.  He then served as a Deputy Attorney General in the Appellate Section of the New Jersey Division of Criminal Justice. During his five-year tenure, he worked exclusively on writing briefs and arguing cases before the Superior Court of New Jersey - Appellate Division, the New Jersey Supreme Court, and the Third Circuit Court of Appeals. Jeff then applied these skills during a 20-year career in private practice, first with a real estate litigation firm, and then in his own practice devoted to civil and criminal litigation and appeals.  Jeff handled real estate and contract cases, landlord-tenant, and zoning matters.  He has represented many individuals accused of driving while intoxicated and other matters in municipal court.  He served as a municipal court public defender for 11 years for several municipalities in Hunterdon County.  Jeff is delighted to join the law firm of Helmer, Conley & Kasselman, PA as he returns to private practice.

Jeff returned to the public sector in 2011, when he became Chief of the Appellate Unit at the Hunterdon County Prosecutors Office, where he also served as Animal Cruelty Prosecutor, conducted legal review of expungements, and handled civil forfeiture litigation.   During his career, Jeff has argued before the Appellate Division dozens of times and has appeared before the New Jersey Supreme Court six times in the last three years. Jeff retired from government service in 2021.