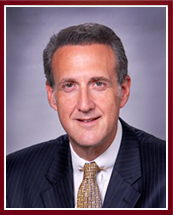 Jeffrey Evan Gold, a 1981 graduate of the Rutgers School of Law, joined the Helmer, Conley & Kasselman law firm in 2018. He is a former Asst. Burlington County Prosecutor and was a Police Academy instructor on the subject of Search and Seizure. Mr. Gold is admitted to practice in all New Jersey Courts as well as the 3rd Circuit and the Supreme Court of the United States.

Mr. Gold is perhaps best known for his work in the field of DUI defense; he has lectured extensively, and appeared in several high profile and precedent setting cases in this area. He was lead defense counsel in State v. Foley (2004) the first case in the U.S. to restrict the use of the new “Alcotest 7110″ breath testing device used in drunk driving (i.e. DWI, DUI) cases.  He then represented the amicus New Jersey State Bar Association in the landmark case State v Chun (2008) (and Chun II 2013) where the N.J. Supreme Court placed many conditions on the use of the Alcotest as evidence in DWI cases, State v Cahill, (2013) dismissing a DWI for lack of a speedy trial, State v Ciancaglini, (2012) holding that a “refusal” to take a breath test charge is not a prior DWI for sentencing, and State v ODriscoll. (2013) on refusals as well. In State v Revie (2015) Mr. Gold represented the State Bar successfully in getting the Supreme Court to rule that a defendant has the right to two DWI "stepdowns" when more than 10 years have elapsed between prior DWIs. In State v Atkins (2015) the Supreme Court agreed with Mr. Gold’s position that there is no good faith exception in NJ to the warrant requirement for police to get blood in a DWI
In State v Witt  (2015) Supreme Court ruled for Mr. Gold’ defense of  the requirement that police get a warrant to search most cars. State v Denelsbeck (2015) was a csse where the court will decided third offender DWI are not entitled to jury trial but would be if the State increases DWI penalties. In State v Robertson (2017), Mr Gold represented the State Bar successfully in obtaining a ruling that Municipal Court defendants are presumed to be entitled to a stay of drivers license suspension pending appeal. In State v Cassidy (2018) Mr. Gold was involved in defending the requirement that a thermometer be used before calibration of the Alcotest.  See also State v Sparks, (1993) holding the State could not use a lab report  to prove drug defendant’s guilt without complete and strict adherence to the statutory procedure.

In addition to his work for the legal community, Mr. Gold has served as a resource to the public. He has been a frequent TV legal analyst, appearing nationally on NBC, ABC FoxNews, CNN, HLN and Comcast networks. He has also been a featured criminal law expert for the Courier Post’s Ask the Expert panel.

Mr.  Gold is married and has 2 adult children, one of whom is also an attorney. The other is a medical doctor.  When Mr. Gold is not working, he enjoys spending time outdoors and with his family.