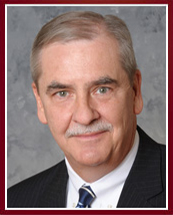 Mr. Lynch comes to the firm after thirty years as a prominent state and federal prosecutor. His first legal position was as an associate attorney for a Mt. Holly law firm. Mr. Lynch went on to serve for two years as an Assistant Deputy Public Defender with the state’s Camden office. In 1982, Mr. Lynch began his prosecutorial career with the Camden County Prosecutor’s Office. Over the next twelve years, he served in a variety of responsible positions including Chief of Narcotics, Chief of Major Crimes and Chief of the Homicide Unit. He was named First Assistant Prosecutor of Gloucester County in 1994 and served there until 1996 when he returned to Camden to become First Assistant Prosecutor. He held that position until 2006 when he was named Acting Camden County Prosecutor. Later that year, Mr. Lynch was appointed Assistant United States Attorney by then U. S. Attorney Chris Christie. He served under Mr. Christie and his successor, Paul J. Fishman, for some six years. While serving much of his career in supervisory roles, Mr. Lynch never stopped trying cases. Mr. Lynch has frequently provided instruction to attorneys and to law enforcement officers in a variety of forums throughout the state.

Mr. Lynch is admitted to practice in New Jersey in the State and Federal Courts and has practiced law since 1978.