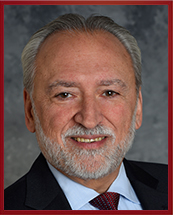 Mr. Zerella has been practicing law in New Jersey for over 40 years, representing individuals, businesses, government entities, and insurance companies. His practice is currently focused on handling workers' compensation cases for people that are injured or become ill during the course of their employment.

During his 40 plus years as an attorney, Mr. Zerella has devoted considerable time representing injured workers. He also has experience representing their employers. This has given him insight into how "the other side thinks," providing him with the ability to be better address their arguments and concerns, and enabling him to better serve his clients.

Mr. Zerella is an active member of the community and has served as a member and past president of the Pastoral Council of St. Isidore's Church, Attorney for the Cumberland County Women's Center and the Vineland Ice Hockey Club, and a coach for several local youth sports teams.