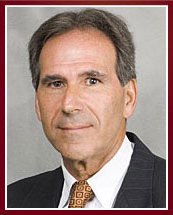 Mr. Kasselman worked as a deputy public defender in Camden for one year before he began a 30-year career with the Camden County Prosecutor's Office. He was Section Chief of the Grand Jury and then promoted to Deputy First Assistant Prosecutor from 1996 until his retirement on October 1, 2004. Mr. Kasselman has tried many complex trials and has taught numerous seminars for the continuing legal education programs. As a certified instructor, he has also instructed law enforcement officials at the Camden County Police Academy over the course of his career. Mr. Kasselman prosecuted an attempted murder case that appeared on Court TV in its entirety. His success marked one of the first cases where an AIDS bite lead to an attempted murder conviction.

Mr. Kasselman is admitted to practice in both the state and federal courts in New Jersey and has practiced law since 1973.