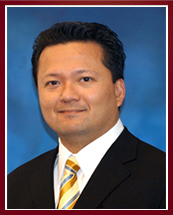 Michael’s nearly​30 years as an attorney includes leadership in the legal, business, and governmental sectors, as well as grass roots community organizations.  Following several years in private practice where he focused on immigration, personal injury, and real estate law, Michael joined the Office of Chief Counsel to the Governor of New Jersey where he advised on matters involving higher education, banking, insurance, consumer affairs, economic development, and public finance.   He was then appointed by the Governor to serve as Executive Director/CEO of the New Jersey Higher Education Student Assistance Authority overseeing over $9 billion in assets.  Michael was one of the highest ranking Asian Americans in New Jersey government.  He was most proud of his work advocating for underprivileged children and families, and first generation immigrants.

Michael received a Bachelor of Science Degree in Financial Management from The Catholic University of America in Washington, D.C.  He received a Juris Doctor from the Rutgers University School of Law.  After law school, Michael served as judicial clerk to the Honorable Frank M. Lario, Jr., Superior Court of New Jersey.  He has been admitted to practice law in New Jersey, Pennsylvania and Washington, D.C.  Michael also obtained an MBA with a dual concentration in Finance and Management from the Rutgers University School of Business.

Michael is a Fellow of the prestigious Lead New Jersey program.  He was honored as the Professional Lawyer of the Year by the New Jersey Commission on Professionalism in the Law, and is the recipient of the New Jersey State Bar Association Service to the Community Award.