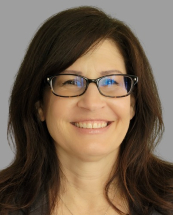 Donna earned her undergraduate degree from Rutgers University in New Brunswick in 1991. She earned her law degree from Rutgers School of Law in Camden in 1994. After law school, Donna served as a law clerk for the Honorable Robert Page, P.J., Family Court in Camden County. Subsequently, Donna spent 24 years in public service with the Atlantic County Prosecutor’s Office.

Donna is admitted to practice law in the State of New Jersey. She is excited to bring her legal skills to the firm of Helmer, Conley and Kasselman, PA and to continue to advocate for members of the community.

Donna enjoys spending her time with family engaging in various outdoor activities. In her spare time, she enjoys cozying up with a good book.