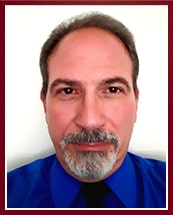 Mr. Branco served as an assistant prosecutor for over 23 years in the Cumberland County Prosecutor’s Office in the State of New Jersey.  During his tenure with Cumberland County, he served in multiple supervisory roles as Section Chief in the Major Crimes Unit, Organized Crime Bureau, and the Cumberland County Narcotics Task Force.  He was certified as an instructor by the Police Training Commission and taught at the Police Academy in Cumberland County.  In addition to serving as a police legal advisor, Mr. Branco was also a faculty member for the Top Gun Narcotics School and the Undercover Narcotics Intensive Training Course given by the New Jersey Attorney General’s Office.  He has also been a guest speaker at numerous county and police agencies throughout the state, lecturing in his areas of expertise in search and seizure, wiretap, confidential informant, and entrapment laws.  He has successfully tried numerous homicide and high-publicity/profile cases.

Mr. Branco is admitted to practice in the states of New Jersey and Pennsylvania.  He has practiced law since 1987.