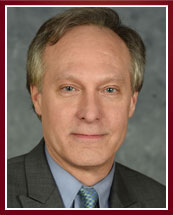 Areas of Concentration and Background

Bruce Zamost has been recognized  by the Supreme Court of New Jersey as a Certified Civil Trial Attorney.   Only about 2% of attorneys in New Jersey have earned the honor of this accreditation, enabling them to state that they have met the rigorous professional standards approved by the N.J. Supreme Court and N.J. State Bar Association.   Bruce’s extensive jury trial, bench trial and appellate court experience is the product of many substantial verdicts and settlements over the decades.

Bruce is a Cherry Hill, NJ native who returned to South Jersey after earning his law degree, to raise a family.   Bruce resides with his wife, Donna, in Voorhees.  He has two daughters and a son.

Bruce concentrates his practice representing clients injured from product defect, motor vehicle accidents, premises accidents, construction site and other workplace and non-workplace accidents, civil sexual assault (including clergy sexual abuse) and medical, legal and architectural malpractice.  Bruce can often be found litigating for injured plaintiffs in both state and federal courts.  Bruce obtained a $2.7 million jury verdict for the victim of a retinal detachment in an optometric malpractice case in Burlington County on behalf of his client.  In that case, the jury found that the optometrist failed to immediately refer his patient to a retinal specialist and that such failure constituted malpractice.  Also among Bruce Zamost’s verdicts is the groundbreaking, circular saw product defect case he successfully tried and thereafter successfully argued to the NJ Supreme Court,  Cavanaugh v. Skil Corp., 331 NJS 134 (A.D.  1999); 164 N.J. 1 (2000). In the Cavanaugh lawsuit, Mr. Zamost obtained a substantial jury verdict against the circular saw manufacturer based upon product liability theory. In that case, the New Jersey Supreme Court and the New Jersey Appellate Division established significant precedents regarding state-of-the-art doctrine, comparative negligence and other principles of tort law, evidence law, civil procedure and constitutional law.  The Cavanaugh verdict and its published opinions are also consequential as having been the first appellate case to analyze these legal concepts after the establishment of New Jersey’s Product Liability Act.

Bruce has taken on tool manufacturers in the federal courts as well, including successfully obtaining a jury verdict against a major lawn mower manufacturer, based on design defect theory causing a foot injury to a consumer.  Additionally, for over three decades, Bruce has tirelessly sought monetary justice for sexual abuse victims against both the perpetrators and the institutions that negligently allowed the sexual abuse to occur.  Bruce has tried to verdict and settled claims of car accident and premises liability victims in excess of policy limits, where the insurance carriers were compelled to pay the excess verdict under bad faith theory.

Among Mr. Zamost’s published federal court cases is his representation of a high school student, sexually assaulted at school, which resulted in a favorable ruling on the issue of the school’s duty of care to the student.  That decision also set forth important parameters in the areas of civil rights and constitutional law with respect to a public school’s obligation to protect its students.   Lockhart v. Willingboro High School, 170 F.Supp. 3d 722 (2015).

Bruce's medical malpractice wrongful death trial, Lauckhardt v. Robert Wood Johnson University Hospital, 2015 N.J Super. Unpub. LEXIS 2393, resulted in a highly significant appellate court ruling in favor of malpractice victims, permitting the use of an emergency medicine physician's standard of care testimony to address nursing liability.  In that trial, the allegation involved a husband (and father of two children) who was allowed to needlessly bleed to death for 4 hours in the hallway of a level 1 trauma center, after sustaining a treatable aortic tear.  Additionally, Mr. Zamost was counsel for the victim, a nurse who claimed exposure to toxins from a degraded HVAC filter, in an important appellate decision outlining the circumstances in which an insurance carrier can be deemed liable in bad faith for failing to defend or provide coverage for the loss.  Wear v. Selective Insurance Company, 455 N.J Super. 440 (App. Div. 2018). Other published decisions in which Mr. Zamost was involved include the seminal charitable immunity case on behalf of the victim, in which the New Jersey Supreme Court established the parameters of that immunity.  Bieker v. Community House of Moorestown, 169 N.J. 167 (2001).

Mr. Zamost's biography appears in the book:  Bounce!, published by John Wiley & Sons, Inc. 2008.  In his spare time, Bruce enjoys restoring vintage electromechanical pinball and arcade machines, the kinds of games found on location in the fifties, sixties and seventies.  Bruce is featured on an official pinball historian trading card for his contribution to that hobby.  Bruce's family and friends get a kick out of viewing his trading card, which is displayed in a pinball museum in California. Bruce is currently serving as a consultant and producer and appearing in a documentary film series about the history of arcades entitled: Arcade Dreams, with an anticipated release date in  2023.

Bruce earned his Juris Doctor degree from Emory University School of Law (Atlanta, GA), where he was awarded the American Jurisprudence Award (AMJUR) in Constitutional Law.  While at Emory, Bruce conducted legal research for local Georgia law firms to pay his way through law school.

Bruce has been a civil litigator, in private practice since 1985, having served as a shareholder/partner in several of New Jersey’s largest litigation law firms.

Bruce served as a judicial clerk to the Honorable George Farrell, III, Superior Court of NJ (1984 - 1985) and also to the Honorable Calvin Wilson, Court of Common Pleas, Philadelphia, PA (1983).  Mr. Zamost served as a legislative aide in the U.S. House of Representatives, Washington, DC.

Bruce was a volunteer trial lawyer with Trial Lawyers Care, Inc., whose purpose was to donate legal expertise to the victims and families of the events of 9/11.  Mr. Zamost serves on the security committee of the Eastern Regional High School in Voorhees, NJ.  Bruce has served as a Civil Trial Preparation Instructor for NJ Institute for Continuing Legal Education (ICLE) and as a lecturer for the American Inns of Court as well as for the Association of Trial Lawyers of America (ATLA), now the American Association for Justice (AAJ).  He is an author of Civil Trial Litigation and Insurance Company Bad Faith for the National Business Institute, Inc. (1998, 2004).  The NJ Bar Association appointed Bruce to serve as the South Jersey liaison to its Pro Bono Task Force.

Recognized by the Supreme Court of New Jersey as a Certified Civil Trial Attorney.

Recipient of the American Jurisprudence Award (AMJUR) in Constitutional Law at Emory University School of Law.  The AMJUR award is conferred upon the law student achieving the highest class grade and rank in recognition of outstanding scholarship for the subject matter of that class.

RESULTS MAY VARY DEPENDING ON YOUR PARTICULAR FACTS AND LEGAL CIRCUMSTANCES.