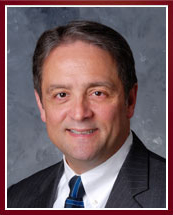 Brian E. Jacobs earned his undergraduate degree from Glassboro State College in 1988 and his law degree from Rutgers University School of Law at Camden in 1996. He is a graduate from the New Jersey State Police Academy, Municipal Class, and the Federal Law Enforcement Training Center, Glynco, Georgia.

Mr. Jacobs has instructed at police academies and agencies. He was a featured speaker for a public records lecture sponsored by LexisNexis, at Seton Hall Law School.

Mr. Jacobs was admitted to practice in both the state and federal courts in New Jersey in 1996.

In accordance with the NJ Supreme Court rules regarding the mentioning of awards in attorney advertising, we do not include this information in our marketing materials.  Mr. Jacobs has received numerous commendations including the following: