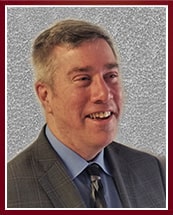 A graduate of Saint Joseph’s University and Rutgers School of Law – Camden, Mr. Hopkins began his career in the practice of criminal law as an Assistant Prosecutor with the Gloucester County Prosecutor’s Office in 1990.  Brent spent the majority of his time with that office as a trial attorney, eventually being designated as a Senior Assistant Prosecutor.  In addition to his duties as a trial attorney, Brent also served for several years as the Supervisor of the Vehicular Homicide and Serious Injury Unit, and as such, was responsible for the investigation and, when appropriate, prosecution of all motor vehicle collisions occurring in the county which resulted in death or serious injury.

After leaving the Gloucester County Prosecutor’s Office, Brent went into private practice, handling civil and criminal defense matters, before returning to serve as a Prosecutor with the Division of Criminal Justice of the Office of the Attorney General of New Jersey.  As a Deputy Attorney General, Brent was assigned to the Casino Prosecution Unit in Atlantic City, where he was involved in the investigation and prosecution of crimes occurring within the confines of the various Atlantic City casinos.  Brent was also specifically assigned, on two separate occasions, to prosecute murder cases not connected to his role with the Casino Prosecution Unit.

After several years with that office, Brent then joined the Cumberland County Prosecutor’s Office, accepting a position as a Senior Trial Attorney.  In that capacity, Brent primarily investigated and prosecuted major crimes, including numerous homicides, attempted homicides, robberies and assaults.

Upon his retirement from government employment, with 25 years of service as a Prosecutor, Brent returned to private practice as a defense attorney.  Since his retirement date in 2017, he has defended numerous individuals in both Municipal and Superior Court, with charges ranging from minor traffic offenses up to and including murder.

Brent is a fan of the Phillies, Flyers, Sixers and Eagles, as well as Saint Joseph basketball and Notre Dame football, and has attended numerous games of all of these teams.  He has also participated in seasonal outdoor activities over the years, including skiing, scuba diving, power boating, as well as hunting and fishing.