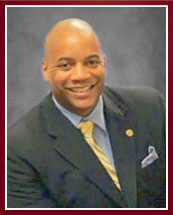 During the course of his legal career, and prior to joining Helmer, Conley & Kasselman P.A., Tim worked with the firm of Jacobs & Barbone, PA in Atlantic City, NJ. Tim has also practiced as an Assistant City Solicitor for the Civil Rights Unit of the Philadelphia Law Department; he successfully tried Civil Rights matters in Philadelphia Court of Common Pleas and the United States District Court for the Eastern District of Pennsylvania.  Tim served as an Assistant District Attorney in the Trial Division for the Philadelphia District Attorney’s Office where he worked as a Major Trial attorney.

Prior to his legal career, Tim enjoyed a long and distinguished career in law enforcement for the Atlantic County Prosecutor’s Office in Mays Landing, New Jersey, where as a Detective Captain he was in charge of the Criminal Investigation Section.

In his off time, Tim enjoys building and flying remote control airplanes.