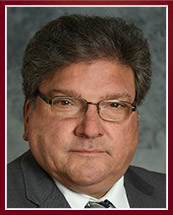 On January 17, 1962 I was born in Brooklyn, New York to Sydney and Helen Weissman. I resided in the area of Brooklyn known as Canarsie. My father was a World War II veteran and served on the front lines during the Battle of Normandy. The fascination of his stories always peaked my interest. After the war my father was offered a position from a small unknown makeup company called Revlon where he declined the offer due to the fact that he did not see a future for himself in the cosmetic industry (he has always regretted that decision). My mother was an interior decorator for Fortunoff in New York City. At the age of seventeen my mother thought I would follow in her footsteps and recruited me as an assistant decorator. It only took one consultation for me to realize that it would be a short lived career. I attended South Shore High School in Canarsie where I spent most of my time playing for the school football team and working in my family moving and storage business. I always enjoyed watching episodes of Perry Mason on television. It was intriguing to me how Perry Mason, a master criminal defense attorney always managed to prevail in the courtroom defending the falsely accused.

Growing up in Canarsie was a humbling experience. The area was populated by many second generation immigrant families, including my own. Many families immigrated to Canarsie in search of the American dream. These individuals always instilled in me the value of hard work, a passionate desire for a better life, and to always look out for one another in the community. The values my family and community ingrained in me coupled with my compassion for helping people give reasons for why I wanted to pursue a career in law.

Shortly after graduating from South Shore High School, I was admitted into Rutgers University in New Brunswick, New Jersey. I graduated with a major in History and even had aspirations of becoming a teacher in the subject. My desire to help others combined with the values from my neighborhood in Canarsie made me passionate about attending law school. I applied to Rutgers Law School in Newark and was accepted. After graduating from Rutgers Law School in 1989, I became a Law Clerk for the Honorable Marshall Selikoff of the Superior Court in Monmouth County.

Going to school and working as a law clerk in New Jersey, I really enjoyed living in the state. Living an hour from New York and being close to the shore had me hooked from the beginning. After my clerkship, I went to work for the Mercer County Prosecutor’s Office in Trenton, New Jersey. I had the experience of being in the courtroom and trying cases. I worked for the Prosecutor’s Office for 26½ years. I had the privilege of working as a trial team leader managing all criminal cases assigned. I headed the Serious Crash Response Team Unit that prosecuted death by auto and assault by auto cases. I ended my career there as the Chief of Homicide where I supervised the homicide task force which contained members of the Mercer County Prosecutor’s Office and local municipalities. During my time as the Chief of Homicide, I oversaw hundreds of trial investigations. I love the work of a trial litigator and continue to enjoy the work I do in the field.

I currently reside in Monmouth County with my wife Gail of 28 years, my four children, and five Yorkshire terriers. My oldest daughter Brittany is currently in P.A. school, my second oldest daughter Taylor works as a cosmetologist, my son Daniel is a senior at Rutgers Business School, and my daughter Alexa is our special child with developmental disabilities. She brings me more joy and love then I can ever express. Most people think we should have a reality show. Living with four kids and five dogs always makes life at home an adventure.

My greatest happiness in life is spending time with my family.