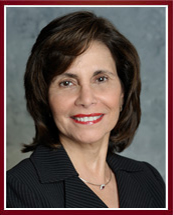 Ms. Blasini was admitted to practice law in the state of New Jersey in December of 1983 and has practiced law since January 1984.