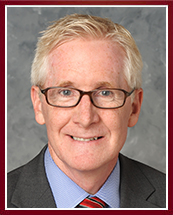 Mr. Shields received his undergraduate degree in secondary education from Southern Connecticut State University in 1980 and his law degree from Rutgers University School of Law – Camden in 1985.

After a one-year judicial clerkship in Connecticut, Mr. Shields returned to New Jersey and has spent his entire career in private practice as a trial attorney.  He has tried dozens of cases, both civil and criminal, in the Courts of New Jersey and Pennsylvania.  Presently Mr. Shields focuses his practice on civil litigation, including commercial and business matters, consumer fraud and construction cases.  Mr. Shields came to HCK from the Philadelphia based firm of Muldoon & Shields, LLC, where he was a founding member.