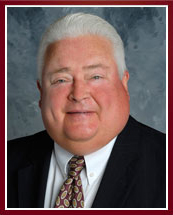 Mr. Cholewka received his undergraduate degree from Rutgers University in New Brunswick and earned his law degree from Capital University School of Law in Columbus, Ohio.

Mr. Cholewka began his professional career as assistant in-house counsel for the Greater New York Insurance Company handling the defense of negligence actions brought against its insureds. For the past 28 years, he has been engaged in private practice with the main concentration on plaintiff's personal injury litigation.

Mr. Cholewka is admitted to practice in the State of New Jersey and has practiced law since 1983.

Mr. Cholewka served in the United States Marine Corps from 1973 to 1978 in the Intelligence Section as an interrogator/translator.