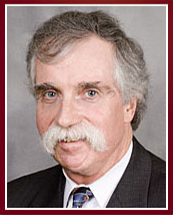 Mr. Conley earned his undergraduate degree from LaSalle College in Philadelphia and earned his law degree, with honors, from Rutgers University School of Law at Camden.

Mr.Conley was an Assistant Prosecutor for a total of 31 years; he served 12 years as the section chief of the Homicide and Crime Scene Investigation Units in the Camden County Prosecutor's Office. He served as police legal advisor for 13 years providing legal advice to the 41 law enforcement agencies that operate within Camden County. Additionally, Mr. Conley was certified as an instructor by the New Jersey Police Training Commission and acted as an instructor at the Camden County Police Academy on numerous occasions during the course of his career.

Since becoming a member of the law firm in early 2006, Mr. Conley has adapted the skills that he developed during his 31 years prosecuting individuals charged with violations of the criminal law to defend effectively hundreds and hundreds of individuals charged with those same criminal violations, and he is Certified by the Supreme Court of New Jersey as a Certified Criminal Trial Attorney.

Mr. Conley is admitted to practice in both the state and federal courts in New Jersey and has practiced law since 1974.