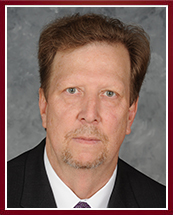 Mr. Harth earned his undergraduate degree from the College of the Holy Cross in Worcester, Massachusetts in 1975, and earned his law degree from Rutgers University School of Law at Camden in 1978.

As a private defense attorney, Mr. Harth has tried cases involving homicide, homicide by auto, arson, sexual assault and distribution of narcotics to acquittal before juries. He has also handled literally thousands of drunk driving and driving while suspended cases with effective results. He keeps up on the latest scientific and forensic advances in order to best serve his clients.  He has also been successful in defending assault weapons cases.

About twenty-five years ago, an older man asked Mr. Harth to help him sell his pizzeria so he could retire to Italy. He had never done a commercial transaction before, but it presented a nice change from the pressures of criminal and DWI defense. Since then, Mr. Harth has handled the purchase or sale of pizzerias, diesel fuel stops, nightclubs, liquor licenses, and trucking companies. He pays attention to detail and is able to protect the clients from liabilities they neither see nor expect.