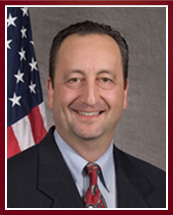 Clients include the Jersey Access Group, the New Jersey chapter of the National Association of Telecommunications Officers and Advisors (NATOA) and Colorado Communications & Utility Alliance, NATOA chapter.  Ken has provided legal services for the New Jersey League of Municipalities and has been a speaker at multiple League conferences and educational programs.  He has also provided communications and broadband consulting services to the National League of Cities, the Colorado Municipal League, the Association of Washington Cities, the Association of Idaho Cities.  In his general municipal government practice, he has served as a city, town and county attorney in a number of Colorado jurisdictions.  An adjunct professor at the University Of Colorado College Of Law, he periodically teaches Telecommunications Law and Policy.

Originally from West Orange, Ken moved to Colorado in 1978.  He served as Mayor of Arvada, Colorado from 1999–2007, and as an at large member of City Council from 1993–1999.  He received the Pioneer Award from the Arvada Chamber of Commerce in 2011, recognizing exemplary contributions to the community over an extended period of time.  In 2004 during Arvada’s centennial celebration, Ken was chosen as one of the 100 most influential citizens in the City’s history.  Ken has been named eight times (including the past seven years) as one of Law & Politics’ Colorado Super Lawyers, a list that represents the top 5 percent of Colorado attorneys.  He has also been recognized as a top attorney in municipal law by Best Lawyers in 2016.

Appointed in 2011, Ken currently serves as a local government legal counsel member of the Federal Communications Commission’s Intergovernmental Advisory Committee.  Previously, he served as chair of the FCC’s Local and State Government Advisory Committee from 1997-2003.  He has testified on behalf of national local government associations on telecommunications matters before the U.S. House of Representatives and Senate.  Ken has also served as chair of the National League of Cities Information, Technology and Communications Steering Committee, and as a member of the U.S. Conference of Mayors Transportation and Communications Committee.  In his spare time, Ken enjoys playing the guitar, and while he has occasionally joined friends and colleagues in public performances, he is often advised to keep his day job.

Outside of his law practice Ken serves as the Board President of the Arvada Center for the Arts and Humanities, and on the Board of Trustees of Congregation Emanuel in Denver.  He and his wife Jill have two grown children and one grand-daughter.

A graduate of West Orange Mountain High School, Ken received his Bachelor of Arts degree in 1978 from Johns Hopkins University in Baltimore, Maryland, and his law degree in 1981 from the University Of Denver Sturm College Of Law.