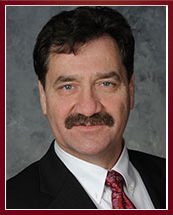 In 1992, Mr. Wazeter started his solo practice of law in his Millville office, where he remained until joining the Helmer, Conley & Kasselman firm in 2014. Mr. Wazeter has successfully tried complicated medical malpractice cases, product liability, automobile negligence and other personal injury trials, and criminal trials including sexual assault, homicide and death penalty cases. His present areas of practice also include civil litigation.

Mr. Wazeter is admitted to practice in the states of New Jersey and Pennsylvania and has practiced law since 1982.

In accordance with the NJ Supreme Court rules regarding the mentioning of awards in attorney advertising, we do not include this information in our marketing materials.